Who is Sheridan Smith? 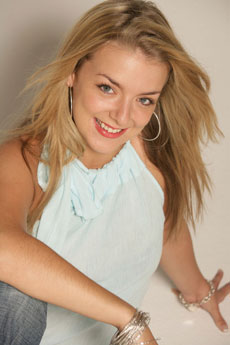 Sheridan Smith was born on 25 June 1981 and grew up in Epworth, Yorkshire/Lincolnshire. As a young girl she quickly developed a talent for acting and singing and was doing shows with her parents from the age of four.

Sheridan is probably best known for her sitcom work in such shows as The Royle Family, Two Pints of Lager and a Packet of Crisps, and Grownups.

She has also starred in another David Renwick penned show called Love Soup with Tasmin Greig.

Sheridan first starred in Jonathan Creek in the 2008 Christmas special, The Grinning Man.

For more information on what Sheridan has done, please visit her Internet Movie Database entry.

Some of Sheridan's work is available to buy on cassette, DVD and video. Please visit the merchandise page for more details.